- How did you first find out about kendama, and how many seconds/hours/days did it take for you to get addicted? How long have you been playing?

I found out about Kendama through the one and only Matt Rice. It’s funny because at first I didn’t think much of it. After I got my first TK 16 and spent about a min trying to get it I was hooked. I remember getting my first bird and kenflips and just wanting more.

- After how long did you start then Kengarden, and what made you want to start it?

Kengarden was originally an edit I made in my garden at night. Kengarden is a play off the word Zen garden. It’s my place of peace, calm, and enlightenment.

After the first Kendoppler Radar battle in July 2010, it was on. The battle was such a success that we had to do more. It’s the vibe. Everyone has a blast. The kendama is a social tool. One person learns how to spike it and sees that some one is having some trouble so they say, “hey, check it out! Here are some tips” and they have a new friend and new skills! win win win win win situation. This is why I had to keep having these events. 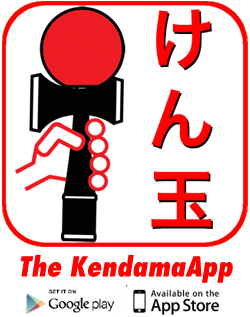